I got terribly ill – had tonsilitis in a heavy form. Basically, I was tormented with fever so I couldn’t script as well as I wanted, and then, turns out that with a terribly sore throat, recording is literally impossible to do. But – as I’m almost ok now, recorded this episode, which I admit, isn’t the best one that we’ve ever made – but it’s full with fun statistics, and is all about the communal flats. And why people in modern day Russia still live in those quite often. Basically – enjoy. Tons of comparisons, lots of history and some modern day economics. Hope you’ll like it, despite the flaws. Ooh, and we have pictures this time! 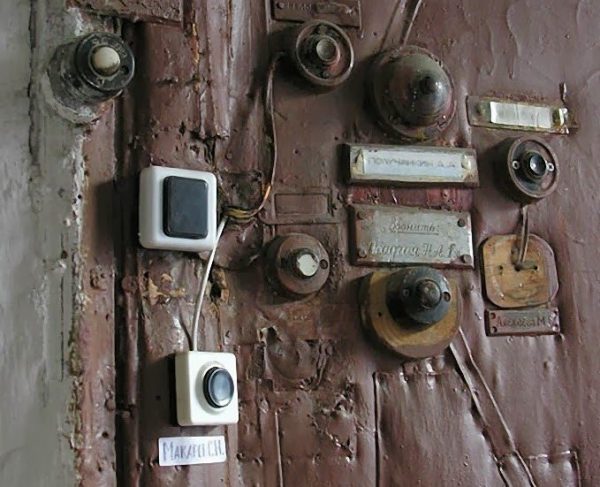 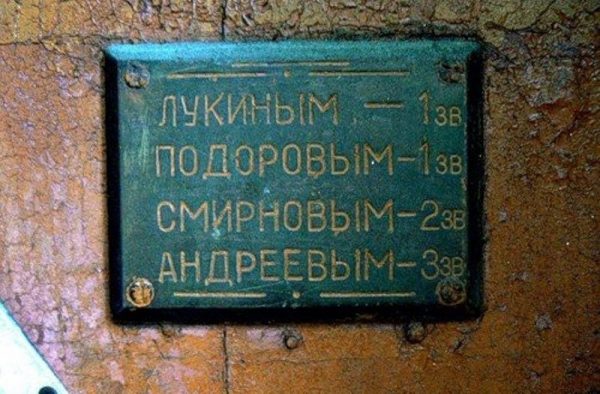 And if you didn’t have multiple doorbells, you had this – a plaque, stating how many times to ring for each apartment. 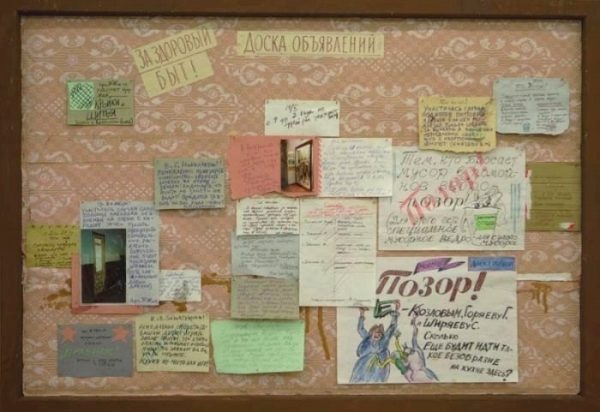 And of course – the announcement board. These were used in those apartments, where three or more families lived. And there were a lot of those.

The Eastern Border
Sovconomy 2 - There's no money, but you guys, hold on!

1 Comment on Sovconomy 2 – There’s no money, but you guys, hold on!